We have recently released one of the biggest updates for RHS mods so far; 0.4.2. We are really proud of the work that went into this one, and the results! 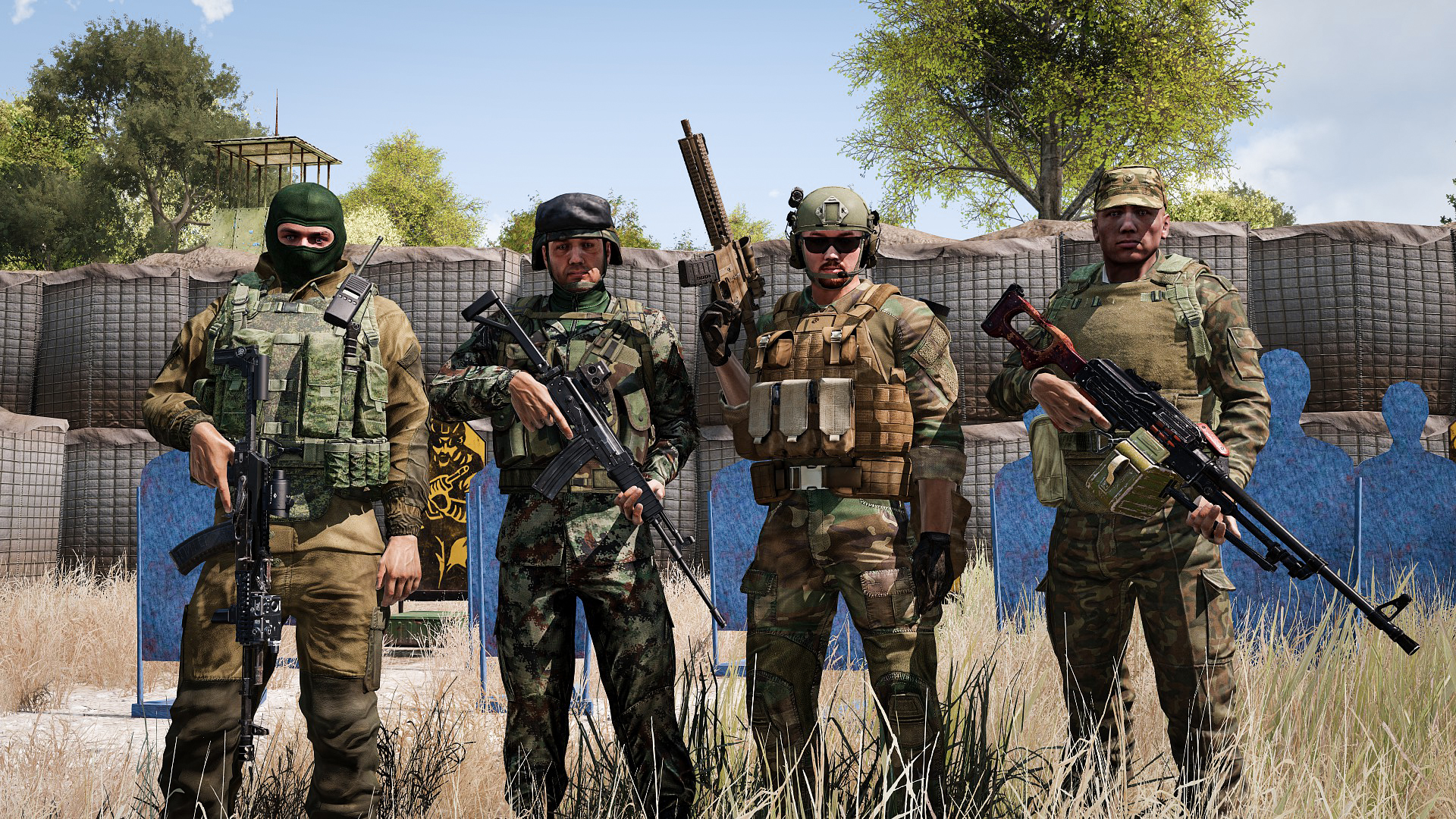 It has taken us more time than we had initially planned or anticipated to get 0.4.2 ready for public release. Whilst these delays seemed to have turned into a habit, we have good reasons for it (besides the obvious real life work, universities, families etc). We wanted to finish what we had started on previously as work in progress rather than scope out either content or features. So far the feedback we have received from both our developers and users is positive, so ultimately it seems we made the right decision in the end.

We won’t go here into individual details about what has been added, tweaked and improved upon (that is what changelogs are for), but we strongly encourage everyone to have a look over Richard’s 0.4.2 awesome in-depth presentation video:

As you surely have already noticed, we have transitioned from our custom wget updaters and more conventional methods of distribution (moddb, community mirrors and torrents) to Steam’s Workshop as our primary release platform. So far this move seemed to have been appreciated by both Arma’s community at large and our veteran user base.

It is worth mentioning here that in order to do be present on Steam’s Workshop we had to acquire agreements from all our current and former members to do that, in order to 100% comply with Valve’s TOS which we strongly encourage you to read, just like the updated RHS End User License Agrement. 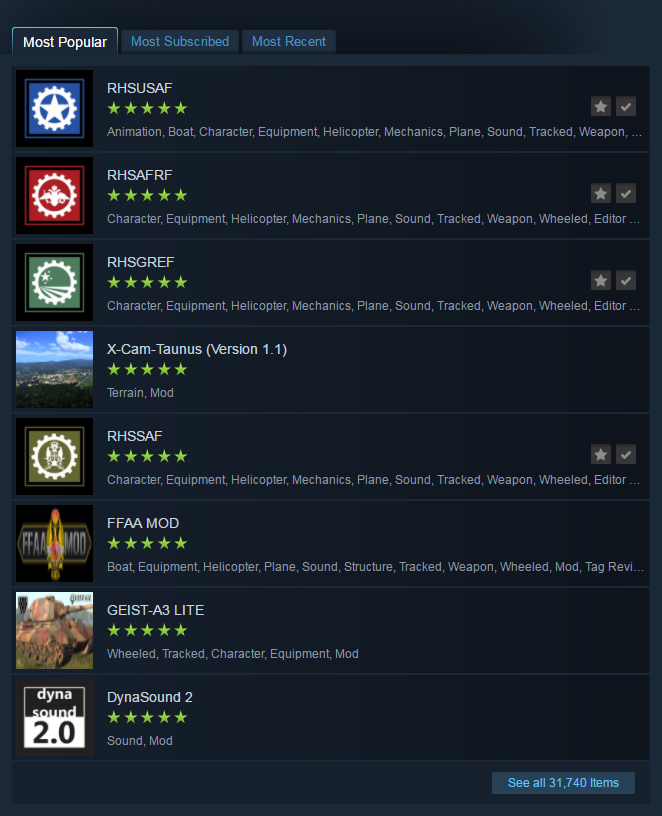 Based on feedback regarding distribution methods we have provided for 0.4.2, starting with the next update we will try to expand and get some alternatives to Steam Workshop, particularly aimed at server admins though this will be expanded upon in the near future.

We would like to thank you all for voting for us in the ModDB Mod of the Year Awards! Thanks to all your effort we were able to take 9th place, which is a great honor for us, and we are extremely proud of achieving a goal not many other ARMA mods have achieved.

We have received a lot of questions regarding why we choose to make SAF of all nations and if we plan on making any other nation packs in the future. So it might be worth spending some lines explaining it. 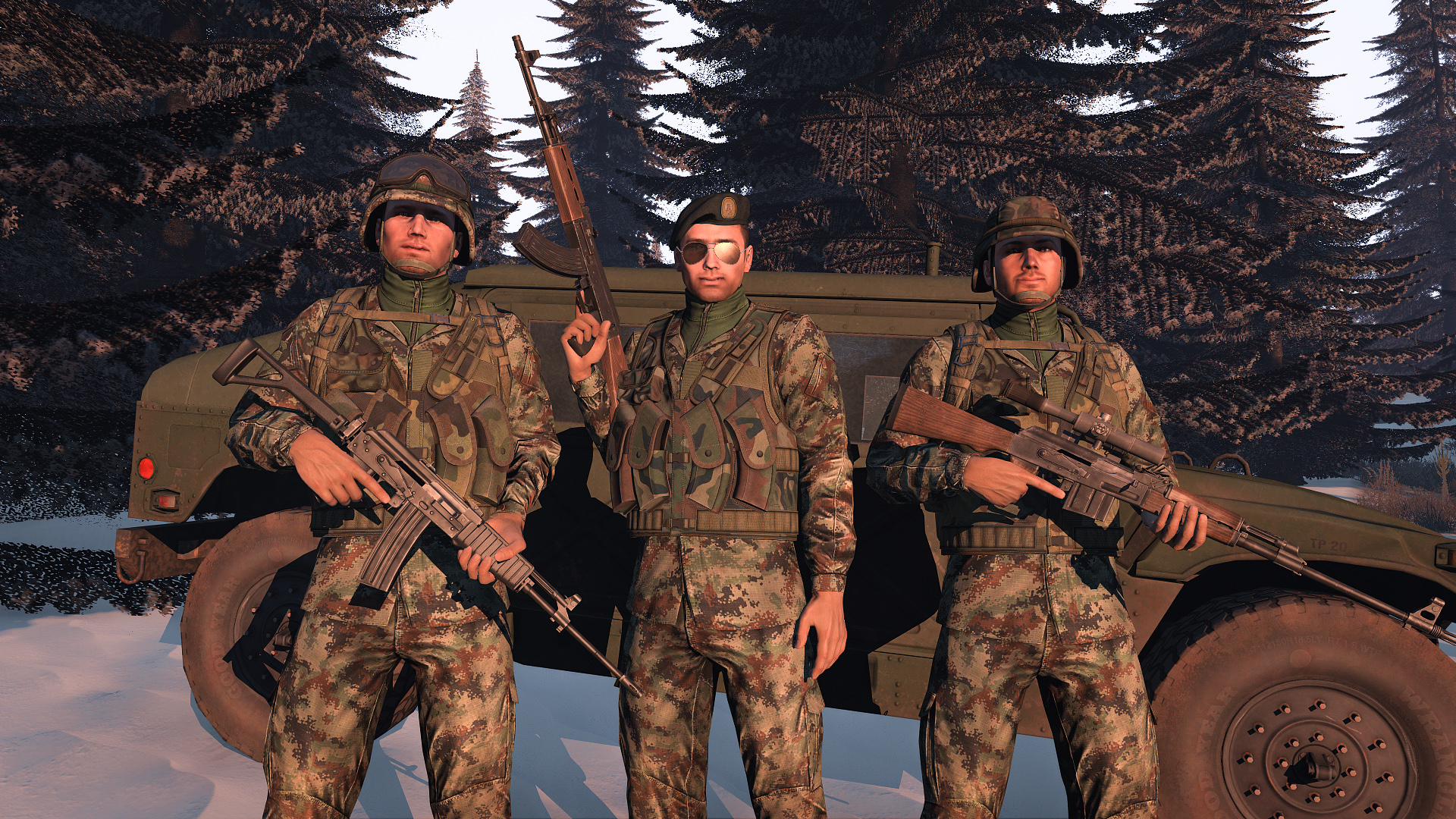 SAF has been in development for quite awhile, independently of RHS, and has survived some ups and downs, and been through a few totally fresh reboots. Slowly but surely we have got all its developers (we are always looking for awesome creative people striving for the same authenticity and quality as the rest of us to join) within RHS, and from there on it just a small step to figure out that it’s only going to be beneficial to have a complete merger of SAF development into RHS, sharing the already proven infrastructure and development pipelines.

As an independent faction, SAF has reinforced GREF in the RHS family but has come out as a separate mod. It is still requiring Armed Forced of the Russian Federation(AFRF) and United States Armed Forces (USAF), simply because we did not want to duplicate content, and some of SAF units use both “Eastern” and “Western” weapons already contained in the aforementioned mods. You have already seen some of their weapons in the GREF mod, such as Zastava series of rifles. SAF, like all our mods before, will not be focused on replicating any real wars. 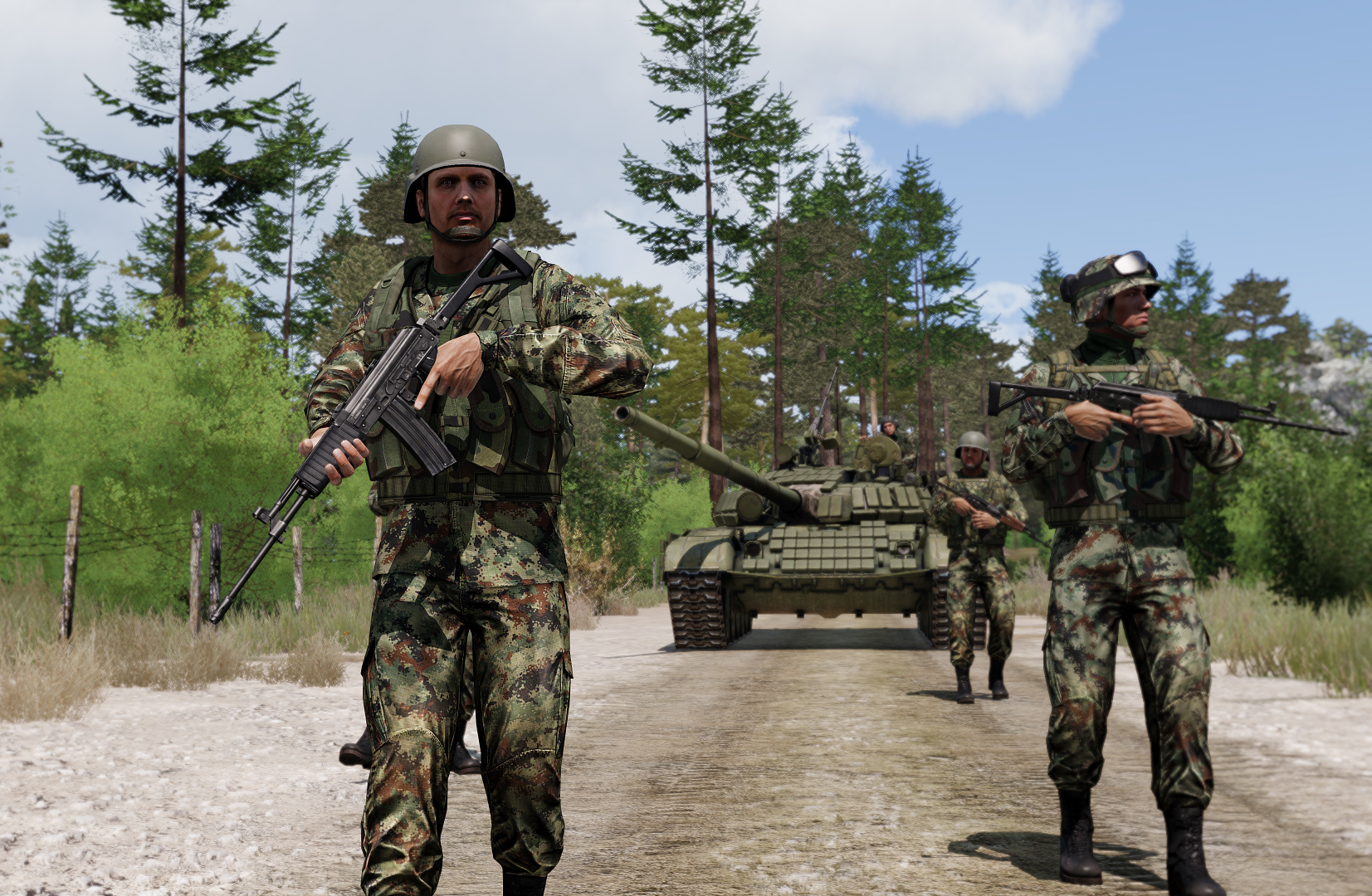 To conclude: SAF development didn’t happen overnight, and RHS has not shifted from its objectives (AFRF and USAF) we only enlarged our horizon starting with GREF and now with SAF.

We have said this before, but we think it’s alright to iterate: We are willing to discuss similar collaborations and mergers to the SAF one with other ArmA3 development groups that focus on certain countries military forces, as long as they can continue to work on their own and that share similar core beliefs as the rest of the people in RHS.

However, the core RHS development team will NOT produce content for any other armed forces from countries around the world be it BAF, ADF, IDF, PLA, CRO, LOL, WTF, LMAO etc. This is simply unfeasible given the amount of time and effort each mod requires.

As always we do not wish to divulge our exact plans in advance for reasons that we have already covered multiple times in the past. Nevertheless what we can surely say is that there is much more to come out this year.

For bug reports, please use only our Feedback Tracker

Finally, we would also like to publicly congratulate our RHS members Klirt and reyhard for their both new and well deserved Technical Artist positions within BI’s ArmA development team. Have a blast lads, do make ArmA even greater!